Christopher Bruno is a former federal prosecutor with the U.S. Department of Justice and a former Senior Counsel with the U.S. Securities and Exchange Commission in Washington, D.C. He focuses his practice on white collar criminal defense and related civil litigation. As a partner at the firm, Mr. Bruno has served as lead counsel on many significant economic crime cases and complicated civil matters. His background in the financial services industry brings valuable insight to the defense of clients involved in parallel criminal/civil proceedings brought by the Department of Justice and regulatory authorities such as the SEC, CFTC and the FTC.

During the course of his tenure as a Senior Counsel with the SEC, Mr. Bruno played a major role in a number of precedent-setting cases and significant investigations involving foreign and domestic insider trading, financial fraud and market manipulation. He was trial counsel in the SEC’s landmark case against Victor Posner for engaging in an illicit stock-parking scheme with Michael Milken and Ivan F. Boesky, which resulted in the first ever SEC-litigated officer and director bar.

While at the Commission, Mr. Bruno had significant responsibility for the SEC’s ground-breaking case against a Swiss Attorney for aiding and abetting his client’s efforts to trade on inside information; the case marked the first time the SEC pursued charges for “aiding and abetting” liability in an insider trading case. He also had significant responsibility for the SEC’s first-ever action against a brokerage firm under a theory of “controlling person” liability for failing to prevent rampant insider trading at the firm.

From 1995 through 1999, Mr. Bruno was appointed to serve as a Special Assistant United States Attorney in the U.S. Attorney’s Offices for the Eastern District of Virginia (Alexandria), the District of Nevada (Las Vegas) and the District of New Hampshire with the specific mandate to criminally prosecute nation-wide securities fraud matters, viewed as particularly significant to the SEC’s enforcement program. As a federal prosecutor, he was involved in a number of high-profile cases including the conviction of a priority target under scrutiny by the U.S. Senate, the successful prosecution of a former U.S. Attorney, the conviction of well-known Wall Street broker and a case against the owner of an investment service in the first-ever prosecution of internet stock fraud.

Before joining the SEC, Mr. Bruno was a corporate litigator with the New York City law firm of Breed, Abbott & Morgan where he represented large institutional clients in environmental, securities and antitrust cases. Upon graduation from law school, he served as an Assistant District Attorney in Nassau County, New York.

From 2002 through 2005, Mr. Bruno was the Co-Chair of the Securities Enforcement Subcommittee of the Business Law Section of the American Bar Association.

Mr. Bruno has been frequently quoted in publications around the country, including The New York Times, The Wall Street Journal, The Washington Post, Bloomberg, The Associated Press, The Los Angeles Times, The Miami Herald, The Sun-Sentinel, The Las Vegas Review Journal and USA Today. SELECT CASES >> 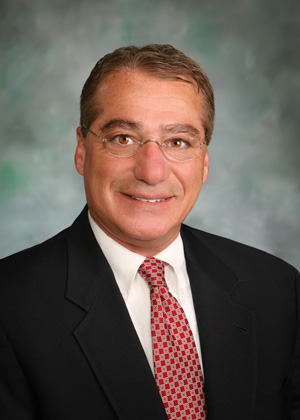